March 2015 Observations - Ricoh, MFPs help “Save the Memory” for Victims of Japanese Disaster 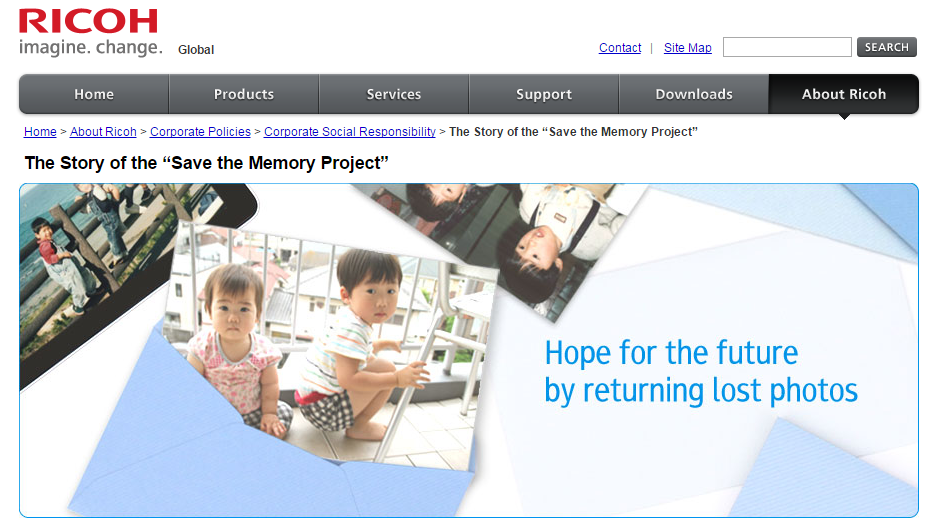 Ricoh, MFPs help “Save the Memory” for Victims of Japanese Disaster
March 2015 Observations

Earlier this March (2015) I received an email about an uplifting story from Japan involving one of our industry leaders, Ricoh, and its efforts to help earthquake and tsunami victims recover their photos lost amidst the horrible disaster that occurred four years ago, on March 11, 2011. The story moved me in several ways, and it also made me proud to be part of the worldwide imaging and printing industry.


In a summary press release - with the full story available on Ricoh’s web site (a work in progress at http://www.ricoh.com/csr/savethememory/) – the company relates how its quest begun in the aftermath of what is now referred to in Japan as the Great East Japan Earthquake (see http://en.wikipedia.org/wiki/2011_T%C5%8Dhoku_earthquake_and_tsunami). The company applauds the volunteers from Ricoh and many other organizations, including governments, NGOs, and other companies (including familiar industry names such as Fujitsu and NEC), who used Ricoh Multi-Function Printers’ (MFPs’) scanning and cloud communications capabilities, in addition to plenty of “elbow grease” in finding, cleaning, organizing and displaying the photos (see below). In the end, after establishing four recovery centers for photo identification and return to their owners, over 400,000 photos have been scanned with almost one-fourth of those claimed, so far. (The recovery portion of the initiative is considered complete.)

To get this full story of a great humanitarian effort, I encourage readers to explore Ricoh’s dedicated website (as mentioned, a work-in-progress with more content coming in April). It includes many more details as well as images, only a few of which I’ve borrowed for this post. In addition to what is covered there, though, I did have a chance to exchange emails with Mr. Hidenao Ubukata, the Ricoh executive from the Management of Technology Center in Ricoh’s global headquarters, who was the leader of the “Save the Memory” initiative. I have included that email conversation here:

Q1. Can you share more information about where the photos were found, and if there are any especially interesting/poignant locations or situations?
A1. Due to extensive damage to the buildings and roads caused by the earthquake, there was a lot of debris. As teams began to clear away the rubble, photos that were scattered on the ground were collected by the first responders. Then, those photos were gathered in one location by people from government organizations, private sector NGOs and NPOs, and other volunteers involved in initial recovery support activities.

Q2. Any accounting for the large disparity in returns - from an average of 22% to a peak of 59% in the one center?
A2. This project proceeded largely with the help of local government, which enabled a stable and long run of returning photos. In some local governments, it was clear which department we should work with for this project, while in other areas, it was not as clear. The photo center that had the highest return ratio was the one where it was clear which division of local government we should begin working in concert with on this project.  This collaboration enabled returning photos continually over a longer period, and lead to a nearly 60 percent returned ratio.

Q3. Any new numbers? The program has been in place since August 2011, but when were the photos beginning to be returned? And are there still photos begin found? (Is the 418,000 number still growing?)
A3. We’ve now returned 91,477 photos as of March 25, 2015. Following the launch of this project in August 2011, photos began being returned in September of that same year. As for your second question, there are no more photos being found so the number of photos digitized will remain at 418,721.

Q4. When missing photos are identified are the owners provided with printed versions or digital only?
A4. Basically, what we returned were the original photos. We also returned digital data to those who asked for it.

It was Friday, March 2011 when here in the US we got word early in the morning that Japan had experienced a very powerful earthquake and tsunami. The news sounded very grim, and I remember it becoming a bit more personal while during a meeting coffee with a friend a favorite coffee shop, she received a text message from a mutual friend who was in the Narita (Tokyo) airport, planning to fly back to the US but dealing with interrupted air travel. Also making it more personal was the contact I received later in the day from my University’s Public Relations representative, looking for a media contact in the form of an economics professor (me) to speak to local news representatives about the potential financial impact of the disaster. The connection never materialized that afternoon, but as I saw the local news that evening focus on the potential for our local economy to gain as a result of rebuilding across the Pacific in Japan, I felt very ashamed to be part of a society jumping so quickly to economic prospects with not nearly enough attention paid to the human suffering and loss. The shallowness of this short-term, economic-focused view has bothered me ever since.


So when I received the email about Ricoh’s “Save the Memory” program, marking four years since the disaster, I felt a special connection and a need to take a good look at the story and share it with my readers. It goes beyond the headlines of loss of life and property, and takes on, in the words of Ricoh, “conceived to support the recovery of the people’s morale.”


Beyond the photo recovery project, has been and will continue to help to the area in a variety of ways. I offer, from their March 2015 release, “Ricoh continues to carry out recovery support in the disaster-affected area on other fronts, too. Activities include providing support for hands-on programs at elementary schools and events in Higashi Matsushima via the Ricoh Science Caravan “Try to be a copier machine!” project; helping to rebuild the fishing industry in Minamisanriku (Miyagi prefecture) by getting around 200 new employees involved every year as part of their training; organizing events showcasing produce from the Tohoku region at group company offices; taking part in the Japan Association of Corporate Executives’ “IPPO IPPO NIPPON” project; and making ongoing donations via Ricoh’s Social Contribution Club “FreeWill,” an employee-led endeavor. The Ricoh Group will keep thinking about ways in which it can help as it continues to make a broad contribution to the development of a more sustainable society in the hope of rebuilding and reconstructing industry in the disaster-affected area.” 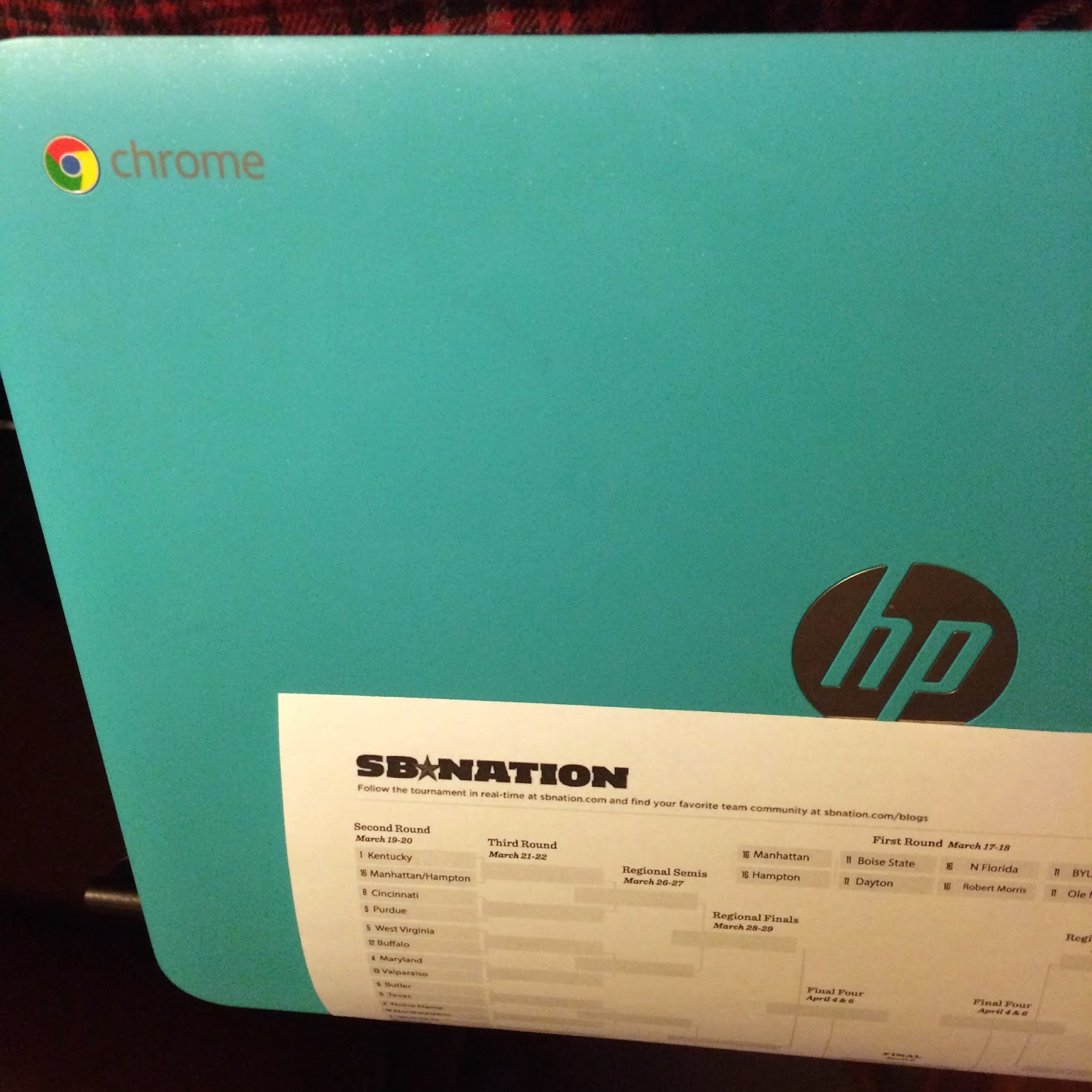 Something about filling out an NCAA basketball tournament bracket this time of year just seems the right thing to do - a true rite of Spring. And though it can be done online, to me at least the process just doesn't feel right unless it's via an old-school, printed bracket.

This year, I'm doing mine (only one so far anyway) using the Printable PDF that comes from SB Nation, and can be found here.

As far as hardware, I printed this one - ready to fill out - on my HP Chromebook and printed on my HP LaserJet 1102W, via Google Cloud Print.


A few days ago, I made the decision to pull the trigger and get a new "super zoom" digital camera as this year's spring birding season starts in earnest. My attention quickly was drawn to a $200 model, the PowerShot SX520 by Canon, my preferred supplier, which offers 42x optical zoom with very high user reviews (the newer SX530 takes it up to 50x, but the price more than doubles). I had long ago decided I am not interested in making a bigger commitment to standalone cameras (e.g Digital SLRs), and my iPhones and related gadgets have taken over for about 90% of my digital photo needs, but that big zoom is something necessary for good bird shots and those phones and tablets can't touch, and my old Canon "only" goes to 20x.

So the camera arrived and I have a little time to get acquainted with it! And somewhat magically, after I got it unpacked, with battery and SD card installed, my first shooting opportunity turned out to be three backyard Mourning Doves which proved fairly cooperative subjects. I say "magically" because though the Doves are frequently present in the neighborhood (seemingly more so in recent years) and we even had an observable nest a few years ago in the backyard sycamore, to see three on the ground, and then lingering on the fence, was an all-time first for me and led to some great moments for my initial experience with the new Canon.

I will be posting more about my experiences and comparisons with the old one, but for now I am quite pleased, after last night's inaugural shots and today's walk-in-the-park, though I found out that shipping with a charged battery was a delight but not to assume it's a fully charged battery! 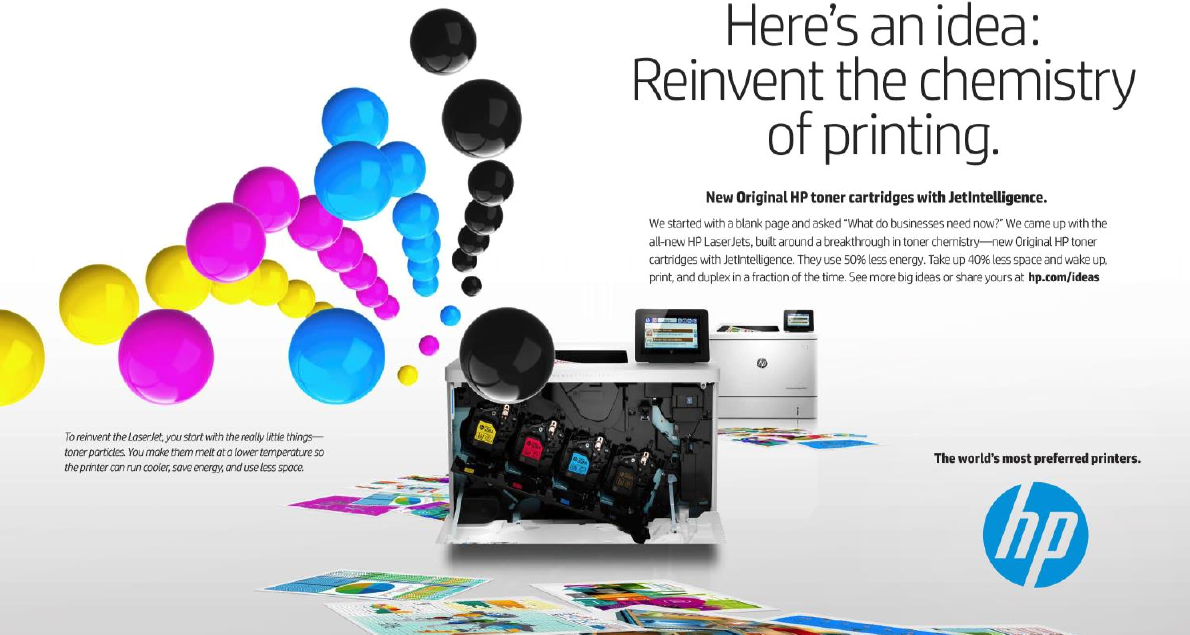 Some of my thoughts on this latest step, and the all-important nature of the toner when it comes to laser printing, can be found in my guest post at Actionable Intelligence, "It All Starts with the Toner..."
Posted by Jim Lyons at 9:48 AM No comments: