I am not sure if it is an end-of-summer nostalgia thing, or just pure coincidence, but lately it seems I am surrounded by typewriter references. This week, it was the Emmy Awards, and the “Weird Al” send-up which parodied famous TV show’s theme songs, and somehow ended with the presentation of a giant typewriter to audience member and "Game of Thrones" writer George R.R. Martin, who famously prefers to write on an old school DOS word processor to anything more modern. (See  “Why Game of Thrones Writer Uses an Old-school DOS Machine”) 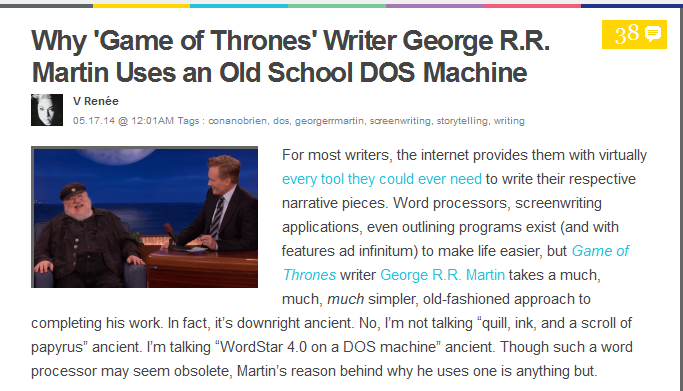 Looking at my Twitter homepage a few days prior, I noticed among the trending topics “Tom Hanks”. With all the summer’s negative and even horrific news on so many fronts, I was a bit hesitant to click through to see what this trending status was all about, but was soon relieved to find it was very happy buzz about, of all things, a new Hanks-branded typewriter-simulation app for the iPad. Entitled Hanx Writer, the tweets led me to a TechCrunch description of the app – and its popularity. I also found a Newsweek article that directed me to a New York Times op-ed piece by Hanks, from last summer (2013), which heaped praise and nostalgia on the typewriter – turns out he’s quite the aficionado.

Of course, I had to download the app and play with it for myself, and found that it's quite the fun app, and really does give the feel of typing – similar but different, too, than today’s keyboarding. Plus, and of course of keen interest to me, Hanx Writer allows printing, so that perfect Courier font on the iPad screen can be rendered to a printed page via built-in AirPrint capability. 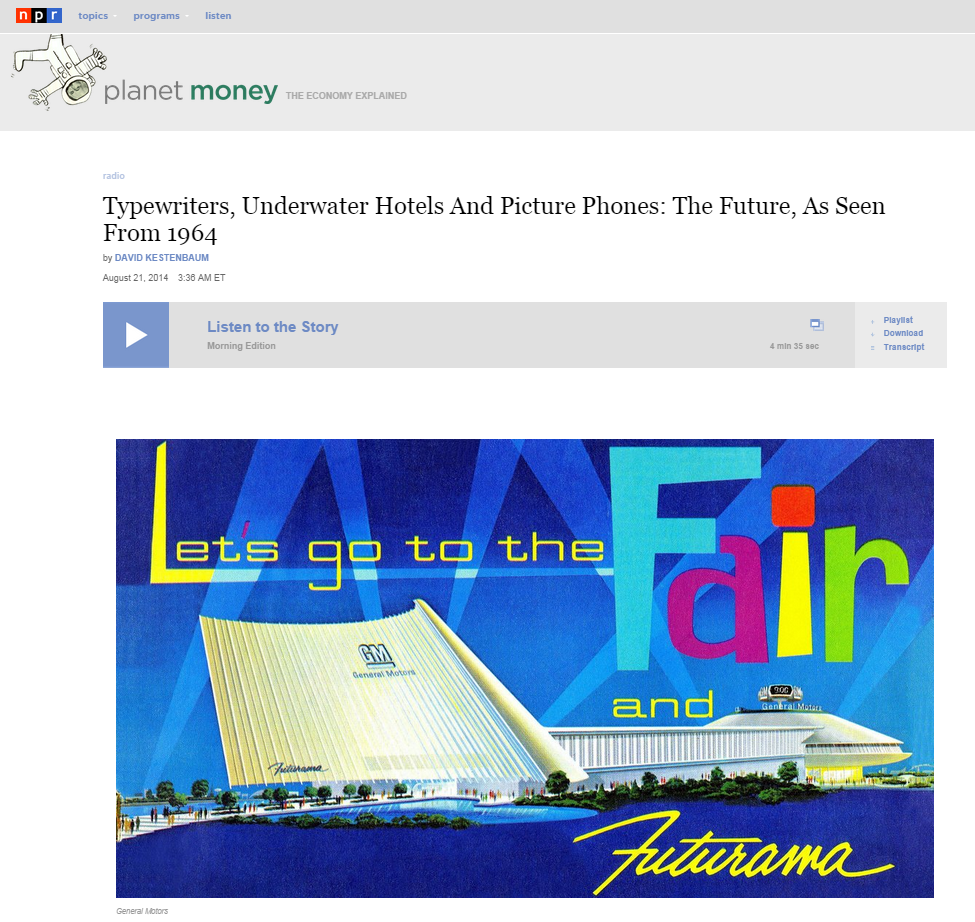 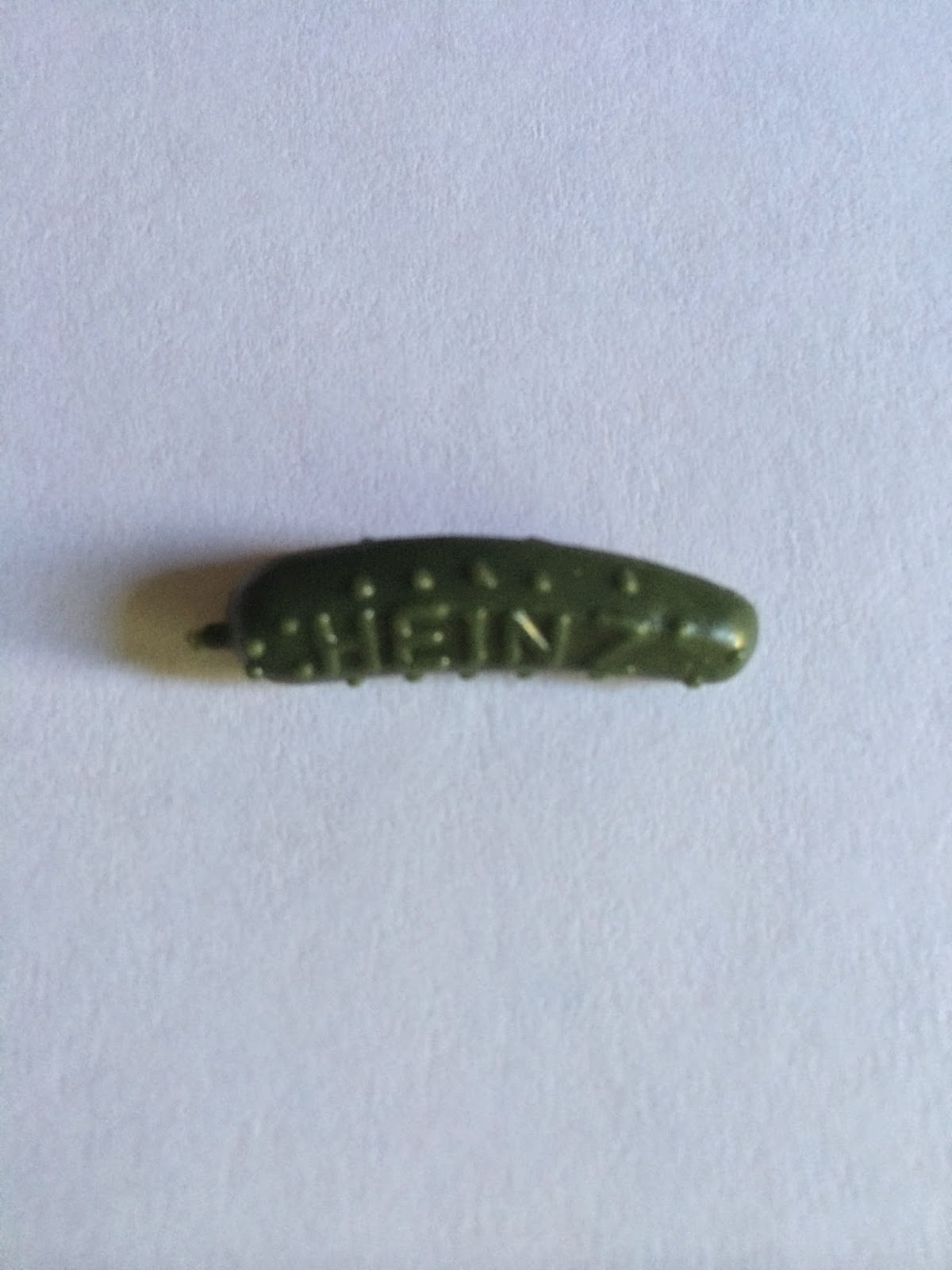 A nostalgic piece on NPR’s Planet Money about the 50th anniversary of the New York world's fair and the technology on display included picture phones but stressed how typewriters seemed to generate more interest (see “Typewriters, Underwater Hotels And Picturephones: The Future, As Seen From 1964”). And though such old memories are subject to “drift”, I also remember the picture phone (but not typewriters) from my childhood visit to the 1962 Seattle World's Fair - although they were not nearly as exciting as the “pickle pins” offered by Heinz (a promotional staple of such events for over 100 years), and a grade school status item, at least in 1962!

The nostalgia about the typewriter aside, it really is interesting to think, from a business evolution perspective, about the development of the desktop printer in the period following. I remember in my first office jobs, some of the secretaries – in more progressive areas of the business - having enhanced typewriters that held canned text for letters and invoices in oddly shaped memory cards, to go along manual entry of names and other unique fields. This help streamline the process of more efficiently producing typed documents. These memory-enable machines evolved into standalone word processors, but still requiring a typewriter or the loud and expensive “daisy wheel” printer.

At the same time, the PC was developing (though not yet called a “PC”), and that DOS platform Martin still prefers became home to very basic text editing, eventually also dubbed as word processors. But they needed a better output device than the aforementioned daisy wheels or “greenbar” printers found in the data center. And by 1984, the HP LaserJet emerged as that disruptive printer, featuring “Quick, Quiet and Quality” capabilities, finally beating the output capability of typewriters at every turn.

I guess I am getting a little nostalgic myself, but to take a more calculated, academic eye to the situation, it’s what we categorize as classic development of “complementary products” (as my economics students will attest) along with some “creative destruction” thrown in. The computer-based word processor and the "letter quality” printer developed on similar tracks and created together an outstanding combination that displaced typewriters, even those souped-up models, and business communications was transformed forever.

And back to the Hanks app. Whether you want to classify it as pure nostalgia, and/or a gimmicky app to show the kids and stimulate “can you believe we really did this” thoughts and discussion? Regardless, for a little end-of-summer fun and nostalgia of yoru own, I heartily recommend taking the Hanx Writer app for a spin!
Posted by Jim Lyons at 10:05 AM No comments:

Going back several months now, to the beginning of June, I was honored to spend the better part of two days with HP’s large-format printing team at an analyst event in San Diego. And while not the heart of my current “beat” in the industry (I am more often studying office and home printers, with a special emphasis the last few years looking at broader mobile technology and its interactions with printing and imaging), it was a pleasure to become reacquainted with the large-format offerings HP was emphasizing during that event.

I posted at the conclusion of the event (see “HP Designjet and Market Segmentation”), not with anything particularly insightful about the individual products, but with kind (and sincere) words about the skills and discipline this group of HP product designers and planners has shown in understanding and targeting specific market segments. The details and “aha’s” concerning the new products, the HP Designjet T3500 Production eMFP and HP Designjet T7200 Production Printer, and a new software solution, the HP Designjet SmartStream Pre-Flight Manager and Controllers, as well as the “star” of the show, at least in terms of covering new ground, the large-format HP PageWide printers, I felt should be left to category experts and not me, more of an industry generalist at least with respect to this space.

PageWide products by HP are nothing new to me, of course. I have covered the Edgeline, OfficeJet Pro X, and most recently, the enterprise-ready models earlier this year, HP Officejet Enterprise Color MFP X585 and HP Officejet Enterprise Color X555. I posted regarding the latter on their official launch day, March 24, 2014 (see “HP Offers “Ink for theEnterprise” and Innovations, big and small”). And as far as being surprised to see PageWide in the wide format space, anyone paying attention to HP’s communications over any number of years has heard repeated statements that the industry leader could be counted on to pursue PageWide in most if not all of their far-flung areas of interest in printing.
Hoping that last paragraph doesn’t come across as too smug (a known pitfall for veteran analysts), the reality is, despite my background, I could use some education regarding the precise importance of some of the details of the announcement. And who better to provide me sector-specific expertise than my long-time friend and large-format expert Marco Boer of IT Strategies?


In the weeks following HP’s event, Marco provided me first his draft and then the final version of his take on the announcements. And learn a lot – I did! I can summarize a few of those findings here, with much thanks to Marco and IT Strategies for the education.

The focus of the new PageWide products (going back to that masterful segmentation mentioned earlier), as reported by Marco, is the technical drawing market, where monochrome toner-based LED printers rule today. And the timing, for delivery (and a few minor details like price, exact specs and even model numbers) in the second half of 2015? In this market segment, HP currently does not have a presence, so stirring the pot and letting potential customers know something better is coming does not hurt HP, unlike announcing too soon in a market where delayed sales might come at HP’s expense.

And keeping more with HP internal concerns, what about the importance of PageWide with respect to the company’s bottom line? As I have clearly seen with their “Ink in the Office” efforts over multiple years now (and really flowering with their PageWide offerings), ink profits contribute to profits, which Marco points out fared well in the recent quarter even with flat supplies revenues year-to-year.

Back to the customer, what of the value proposition from PageWide machines replacing those monochrome LED models? As HP made clear in June, “free color” opportunities abound in a market segment which until now (or more accurately, the second half of 2015), has not even has had few color options, and no affordable one. Though as Marco emphasizes in his report, it may be the entrenched habit of mono-only will inhibit this move to color, regardless of cost and pricing. One option that came to my mind, as a way to break those old customer habits, is to offer the “free spot color” option which HP brought back for the “Color for the Enterprise” PageWide models I covered in March.

So with the guidance of Maro Boer, I have indeed learned a lot based on my recent and very memorable exposure to the large-format world of HP and its customers. A few things are very much the same as in my “comfort zone” of home and office printing, with a few things quite different. And optimistically, I can see where a few innovations can move back and forth between the different worlds!