Observations: Obituary for the Trade Show? 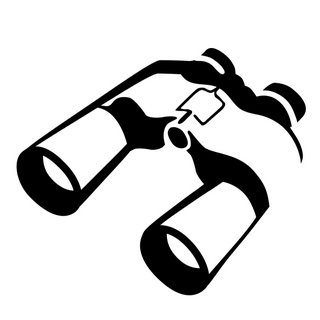 In December, my premier column discussed the numerous, drastic changes that have occurred in the imaging and printing industry over the last 10 years. Among the largest and most visible of these changes was the demise of our largest annual gathering—the fall COMDEX show in .

Back in the 1990s, the annual November event regularly included numerous announcements of new printing and imaging products. In fact, there was so much to see that Lyra Research offered COMDEX attendees guidance via its “Power Tour” breakfast, a well-attended meeting held near the beginning of the event in a cavernous Vegas ballroom. At the breakfast, Lyra staff offered printing industry attendees a guide to “where to go and what to see.” The logic was—solid and welcome logic, I might add—that there were far too many exciting new imaging and printing products for show-goers to find them all on their own, with their limited amount of time and with their limited amount of energy, and Lyra was there to help out.

But, by the early 2000s, COMDEX had outlived its usefulness, it would seem. The sprawling show that took over once a year and resulted in famously long taxi lines and aching feet ended its run, very unceremoniously. COMDEX and its patrons had long had a love-hate relationship, but its demise elicited hardly a whimper. To most of those in the industry, not having COMDEX to worry about was more a relief than anything else.

In my initial column, I commented, “I would argue that the pervasiveness of new product information on the Internet has made obsolete—or at least less necessary—the need to gather as an industry to find out what is new.”

Now, a couple of months and a few big and small trade shows later, I’ve changed my mind. I’m not going to paraphrase Mark Twain and say that the rumors of the trade show’s death were greatly exaggerated (oops, I guess I just did), but I think I was wrong in generalizing that the demise of COMDEX is synonymous with the death of trade shows as a whole.

In my December column, I wrote, “While there remains a very large gathering in January, try to find a printer or PC at CES. You can, but it is not easy.” I recently attended this big international show, and while printers were indeed hard to find, relative to everything else, that was also true at COMDEX 10 years ago, thus the need for Lyra’s “Power Tour” briefing.

From among the myriad of products at CES this year, CNET’s “Best of CES 2006” includes numerous single-function and multifunction printers, including ink jet products and devices based on monochrome and color laser technology. And one of our industry CEOs, Kodak’s Antonio Perez, was a keynote speaker along with the perennial Bill Gates and newbies Larry Page of Google and Terry Semel of Yahoo.

In short, COMDEX died. It had many problems. However, don’t forget that in the mid-1980s, COMDEX replaced the National Computer Conference (NCC) as the industry’s preeminent annual meeting place. (It had something to do with NCC attendees being baked to death in some overheated tents during a hot summer, for those of you too young to remember the show in its heyday.) Now CES and other shows have ably taken the place of COMDEX, and the idea of a dramatic rollout of new products at trade shows certainly lives on and prospers—just ask Steve Jobs. His MacWorld keynotes are considered anticlimactic if they don’t include at least one knockout new product to accompany the obligatory celebrity appearances.

There remains a need for those with like interests and business to gather in person, given the option. Conducting business face-to-face is still the preferred method of commerce throughout the world. Even companies without a direct consumer focus attend CES because that’s where they can meet their customers, of both the end user and channel variety. The trade show is a legacy of the marketplace phenomenon that helps define human society. Only so much can be done sitting all alone with a PC and broadband connection.

As for imaging and printing products’ role in the broader high-tech market, industry participants need to keep their collective chins up. We are a huge part of the overall technology business, with a long legacy of breakthrough products overcoming unprecedented price/performance barriers. (Even this year’s CNET summary referenced above summarizes CES’s printer lineup as follows: “More for less was the main news in the printer category.”) So let’s remain part of the action. Here’s to CES 2007’s exciting new printer announcements. Be there!