The Observer traditionally uses much of its December coverage to recap the year just passed in an attempt to interpret industry announcements and events that have filled our pages and derive some larger meaning from them. In my case, however, I am taking my column back a full quarter of a century. Actually, as I hope readers will agree, in looking back to a ground-breaking event 25 years ago, I found some historical roots to go along with one of 2009’s major industry stories.
_____________ 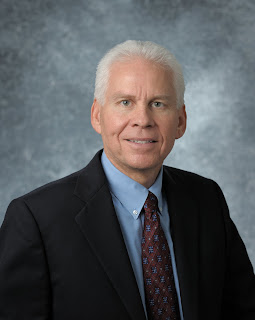 Von Hansen, currently an HP vice president, talks about the last 25 years of the LaserJet

Earlier this year, HP celebrated the twenty-fifth anniversary of one of the industry’s most important products, the LaserJet printer. (At that time, The Idaho Statesman covered the story, and rather than repeat that part of the saga, see “HP celebrates 25th anniversary of its LaserJet printer”). The product line survives and even prospers today, and the HP-Canon partnership that led to the original LaserJet is still intact and in fact, by at least some accounts, is growing and prospering as well. Von Hansen is currently an HP vice president who resides in Boise, ID, and who, more than two-and-a-half decades back, was a young engineering manager working at the same HP site and leading a team that developed that first LaserJet printer. In the 25 years since, Hansen has filled a variety of key roles in HP’s Imaging and Printing Group (IPG), most of them directly related to the LaserJet business. I had a chance to discuss this history with Hansen, focusing on how things have changed and how things have stayed the same, and here is a portion of that conversation. Taking care to avoid the purely nostalgic approach, this interview also takes a look at the future of the LaserJet product line and printing in general.

Observer: How long have you been with HP, and how and when did you first get involved with the LaserJet printer?

Hansen: I’m a 34-year veteran of HP, working with printers all along, starting in June 1976 as a development engineer on the HP 2680 laser printer. I spent five years helping to develop that printer. I was focused on its electronics and formatter.

Observer: Although that product predates the LaserJet considerably, the Canon connection was there too, correct?

Hansen: Yes, key pieces were provided to HP through an agreement with Canon, for example the electrophotographic (EP) drum, so the HP-Canon printer relationship really goes back 35 years. The 2680 printer was targeted at HP 3000 minicomputer customers originally and was released in 1981 after a long development cycle. I later worked as a controller/formatter project manager for impact printers as well. [When the LaserJet concept came along,] I led the team that worked with Canon on the definition of the controller.

Observer: Leading up to the LaserJet’s introduction to the market, what were some of the factors that HP saw as critical, and what decisions in the areas of product development were important, especially in light of the fast-track nature of the project?

Hansen: Canon had the all-in-one print cartridge, which they invented for small copiers. HP worked with Canon to create a laser printer from that—centered around its all-in-one, user-replaceable cartridge. The original LaserJet had a higher level of Canon content, so in addition to the print engine, the controller and electronics came from Canon, due to the shorter development cycle.

HP specified what we wanted included in the electronics, feature set, etcetera, but the formatter and engine were developed by Canon. We took 18 months (or even a bit less) from conception to market, with a fairly small team. At that time, most of HP’s [printer engineering] staffing was committed to developing our impact printers. [Former HP employee] Jim Hall was the section manager, and Roger Archibald was the engine project manager, and I was the project manager for the electronics and printer feature set, including PCL (which stands for Printer Control Language and originated in HP impact printers). PCL 4 was needed for the first time for the LaserJet due to some of the unique things about a page printer. We were also coordinating on printer languages across our Boise and Vancouver divisions (originators of the Thinkjet thermal ink jet printer from the same era). These were neat projects to work on, but we were part of a small team, while most of our peers were working on bigger “more important” projects.

Observer: Leading up to that May 1984 announcement, what were some of the predictions/feelings/emotions behind what might happen when the LaserJet hit the market?

Hansen: Lots of the enthusiasm came from partners, including Microsoft and Bill Gates himself. On visiting Microsoft for the first time with a prototype printer, they were immediately excited to see the demo in their offices, seeing the connection to drive the growth of some of their applications, like Word (and later, desktop publishing).

Observer: When did it become clear you had a hit on your hands?

Hansen: Even before launch at the Spring 1984 Comdex show in Atlanta we were excited, but at that show it was a big hit, including an appearance on the front page of the show daily indicating lots of interest in the new product. Then sales took off, and initial sales forecasts were nowhere near close to the actual results. [Editor’s note: as a Comdex attendee and HP employee at the time, working in another area of the company—I became an HP printer guy two years later—I remember my storage colleagues and I being pleased to see HP getting some “ink” with our new printer, but we were generally focused on other aspects of the show, so Von and I have an ongoing debate on the “hit of the show” memory. See my "Happy Anniversary" blog post.]

Observer: How was the relationship with Canon viewed within the company (HP) back in those days? As something that would last, or maybe as just a stopgap until HP could do its own grounds-up design?

Hansen: HP did invest in adding more of its own value after that first printer. The LaserJet IID (in 1988) was HP’s first with an extensive change in the mix. To get the features we wanted, electronics and formatter, we needed to do them. HP had strengths in electronics, connectivity, controllers, and so forth. We continued to rely on Canon to provide the EP parts of the printers because of their great strengths in EP, optics, manufacturing, etcetera, but the IID was the breakthrough product for HP’s value-add, which then continued on.

Observer: How would you characterize the relationship with Canon over the years? How about 2009’s deal allowing HP to sell Canon copiers, is that the biggest milestone in the Canon relationship since the beginning?

Hansen: Since we started with the 2680, it has always been a unique relationship. In looking at business across the world, I’ve asked, is there anything like it? A highly successful relationship, that has lasted over 25 years, that became so huge? Where both companies have unique talents and abilities, but where the combination is bigger and better than either could do themselves? HP’s PCL, fonts and cartridges, marketing expertise, plus Canon’s manufacturing and EP process, just to name a few examples. Of course there were a few stresses and strains from time to time, but neither could do it without the other, and it’s very balanced. To have that kind of relationship, strong today as ever, is pretty unique and special. Over all this time, it’s built on a lot of trust. The legalities aren’t huge—based on a trusting relationship through the years, and working it through as a team and meeting the marketing challenges and customer demands together.

We now believe we’re entering the second major phase, with HP adding 34 models, with the Canon copiers, actually we call them MFD’s (multifunction devices), high-end MFP’s, being sold as part of HP’s offering.

Observer: Can you share any insights, thoughts, hopes, dreams, etcetera that relate to the future of the LaserJet, say for the next 25 years?

Hansen: One key thing—again, it’s more than just printer boxes, but rather HP’s ecosystem around solutions, with, for example, OXP (Open Extensibility Platform). It’s the elements that HP is adding around the boxes. We’re coupling Canon’s products with HP’s solutions, verticals, workflows, and that’s a key growth area for us. MFD’s are high-end devices. We are striving for complete compatibility across the line. Managed Print Services (MPS) ties right in ... solutions and service from HP, from SMB (small and medium-sized businesses) to large companies, help them optimize their fleets, how they manage them, how they use them, and providing workflow solutions based on an industry’s needs and coupled with HP’s printers.


There are many lessons to be learned over the last 25 years, and with the “second major phase” of HP and Canon working together, there are many trends and directions to be explored on what the next 25 years will hold. Check back in the coming months for more conversations.
Posted by Jim Lyons at 9:53 AM